This game came out quite a few years ago, so no doubt the majority of people have already played it. But this review is going to tell why the few of you still holding out on buying this game should add it to your collection.

Story: A bunch of Nintendo characters from past and present unite to defeat a universe-destroying power named “Tabuu”, who is tearing apart the world as they know it. Sonic the hedgehog and Solid Snake also join in on the fight, being the two cameo characters of the game. 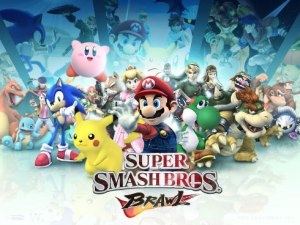 Sound: This game has a gigantic variety in music, with each of the thirty-some characters having about ten different songs from their respective games, and every stage having different tracks you can choose from. Each character also has about twenty different voice commands in-game, adding even more sound diverseness. Sound: 10/10

Gameplay: This game is probably the best Wii fighting game I’ve seen to date, and keep in mind I’m saying this four years after it was originally released! With each character having a plethora of moves ranging from grabs to bomb-throwing. The controls themselves are great, making the game easy to play but difficult to master. Gameplay: 10/10 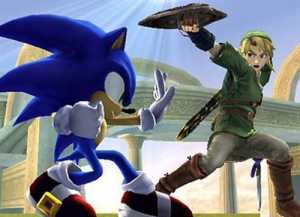 Multiplayer:  It’s a blast when you’re versing someone sitting right next to you, but the online multiplayer has a little lag and some twitchy moments. Overall, it’s still okay. Multiplayer: 7.5/10

Length: I’m almost sorry my rating scale only goes up to ten, because this game has what is no doubt the best replay value I’ve seen in any game yet. The story mode that lasts about nine hours unto itself, then about eighty different missions, and if that weren’t enough, free-play, Boss Battle, and Target Smasher mode. Free-play mode is so fun and addictive that if it were the only mode in the game, it would still be satisfactory. But Nintendo really outdid themselves when it comes to length, unlike Marvel vs. Capcom 3 (click the highlighted section for my Marvel vs. Capcom 3 review). Length: 10/10 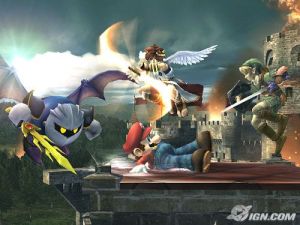 Overall: This game gets an outstanding 9.4/10! I think any Wii owner should add this game to their collection.

3 thoughts on “Review of Super Smash Bros. Brawl for Wii”