A few house-keeping notes before we begin the review:
1.) I misspelled “unknown” in the title around four times out of sheer tiredom (so don’t grammar nazi me on this review).
2.) Happy Late Holidays Everyone!
3.) As a mark of the new year, as you might’ve seen in my RE6 DLC review, I’m changing my reviewing style. Hopefully it sticks. 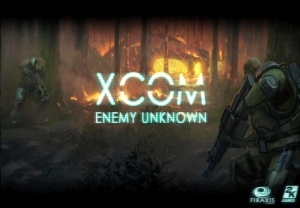 XCOM: Enemy Unknown is the only (?) tactical shooter on the Xbox 360 to date, and I’m glad the genre has finally spilled over onto a console that is currently oversaturated with “COD IS KOOL GUYZ!!?!1” kinds of games. My God, Firaxis and 2K Games, we needed XCOM.

The entire game is pretty much a very violent match of Civilization, which is fitting as it’s made by the same people. You move units around to tactically advantageous spots, kill aliens before they kill you and rescue civilians. The gameplay is completely turn-based, and how well you do is determined solely by how good of a strategist you are. Enemies, on their turn, can one-shot kill you or poison your entire squad if you try and play this like any other shooter on the market. But if you use a little wit or have experience with Civ 5, XCOM’s normal difficulty will be a piece of cake.

The turn-based battles your units go through are all part of a bigger conflict, a massive alien invasion on earth. After every battle, you’ll keep the husks of the aliens you’ve killed, and use them to research and build better weapons and armor for which to combat the extraterrestrial threat with. You’ll get everything from robotic drones to jetpacks if you can keep enough countries safe to fund the XCOM project with, which is no easy task. You need to choose who you will defend wisely, as certain countries provide better bonuses than others. All of this is taking place during and behind the scenes of the basic turn-based combat missions, so it requires a lot of time investment and strategy to play XCOM successfully. I for one chose only to play it on weekends, for fear of forgetting what I strategized the previous day if I played on weekdays. 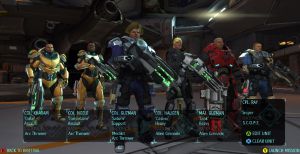 As we’ve already established, the gameplay is decidedly awesome. The music, on the other hand, is kind of lacking. Sure, the vibes it gives off alone are scarier than all of Resident Evil 6 combined, but there just isn’t much background music at all. All you’ll hear are the metallic voices of your troops, guns firing and feet scuffling. Not much of a soundtrack, if you ask me. The graphics aren’t cutting edge either, being fairly modest textures. What the visuals do do well is provide you with easy to access and informative stats. A little half colored in shield symbol represents that your unit is only partially behind cover and can be easily shot, and a target mark on an alien’s head means the odds of scoring a critical hit are heightened. It’s all presented really well, and makes the planning and strategizing part of XCOM a lot more engrossing than, say, Civ 5’s combat.

I’m not really impressed with XCOM’s length. I beat it on normal in just under eighteen hours, a time of which I hear is a rarity but was easily accomplished for me. For the price I paid, $25 for a new copy (I got it on Black Friday. That’s how back-logged on reviews I am, people), it was worth it, but for anything over forty I’d be hesitant to fork over the cash. On a final note, if you’ve got the cash and want a fun, challenging, brain stimulating and involved game that doesn’t require twitch reflexes, pick up XCOM: Enemy Unknown. You’ll be happy you did.