The original Metro 2033 wasn’t much of an FPS game changer, being a mundane and tedious shooter devoid of any real spectacle. Metro: Last Light redeems the Metro franchise, however, and allows the gamer to enter the world Metro 2033 should’ve allowed entry to. Better late than never, right? 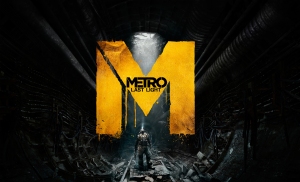 Metro: Last Light gives players the opportunity to continue Artyom’s quest for salvation, this time trying to save a mutant called “The Dark One”, whereas in Metro 2033 the orders were to kill every last one of their species. It now seems that that was a grave mistake on humanities’ part, and it’s up to Artyom to save the last remaining one as it holds the secret to the survival of the Metro. Oh, and Nazis are planning the Final Solution Phase 2, while all of this is going on. The plot is pretty involved, and requires players to read the diary entries, watch the cutscenes in full, and listen to on-the-spot NPC side conversations to fully immerse themselves in the happenings of the Metro. The longterm effect of doing this is that you will really feel like you’re a part of the Metro by the final hour of the game.

Last Light’s storytelling craft has been honed since Metro 2033, but the gameplay has also seen major improvements. Everything has more impact to it, and the guns themselves are far more useful and accessible than they were in 2033. Unlike 2033 where shotguns and pistols were vital to survival, Last Light allows players to use any weapon without fear of defeat. This allows for variety and diversity that was in dire need throughout 2033. The only real thing in the gameplay department that’s taken a dip since 2033 was the sense of direction. Last Light can be a bit unclear at where it wants you to go from time to time, and missing miniscule environmental details can lead to aimless wandering for minutes on end without any real assistance from the game. But this is forgiven by the numerous improvements already made in Last Light, such as the wristwatch which tells you when you’re hidden in the shadows or not for improved stealth gameplay. Frankly, Last Light is just a better experience all around in terms of actually playing the game.

The visuals, set pieces and voice acting have all upped the ante as well, with the set pieces being some of the most impressive moments in the game. Now that Metro isn’t tied directly to the books, the developers were free to embrace the sci-fi genre setting and create more explosive and creative scenes for Artyom to take part in, which is more fun for the gamer and for the plot. Last Light is just exponentially more exciting than 2033 was, the difference between the two’s entertainment value is day and night.

Overall, if you have the cash (or if you don’t and need to do some odd favors…), buy Metro Last Light new and support 4A Games, a rough and tumble game development studio that had piss-poor working conditions but still made this masterful FPS. It’s got a hell of a lot more emotion than Bioshock Infinite, better gameplay than the previous Metro, and is an all around fantastic shooter that rises above the rest. If the refined combat and enhanced stealth mechanics don’t pull you in, the gripping story, superb voice acting, riproaring set pieces, impressive production values and sophisticated narrative will.

One thought on “Review of Metro: Last Light for Xbox 360”