While last year was chock-full of awesome superhero movies to dominate the “Top 5” list, 2013 reminded me that other genres can be great as well… And that there were no good superhero movies this year. Man of Steel? Ugh. Thor 2? Pffft. Iron Man 3? More like Middle-Aged Man with Gas Grenades 3. But we’re here to talk about the best of 2013, so here are my personal top 5 picks for movies that the Oscars will snub for sure (I mean, fucking Brave beat Wreck-It Ralph for best animated movie last year. The Oscars have a hard-on for shitty films, I’m telling you):

5.) The Hobbit: The Desolation of Smaug

Why is it number five, when I gave it a rather unfavorable review? I mean, hell, I gave Hunger Games: Catching Fire a rating of “best sequel in a long time”, so why isn’t that here? Simply put, the last thirty-some minutes when Smaug appears. That one character literally justifies the price of admission and the fact that this trilogy even exists. Smaug the dragon ranks up there with Godzilla, Megatron and maybe even Satan as one of the best bad guys of all time. And when a movie manages to bring you a character that good at being bad,  you know it’s movie-of-the-year material. 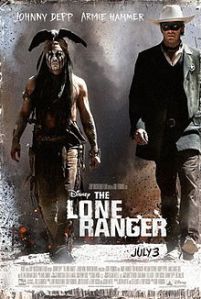 Not only will this movie get dumped on by the Oscars, it has already received a steaming pile of criticism from most movie-goers. But in my humble opinion, it’s a great cowboy movie with grade-A acting and a tone that actually manages to get you feeling, at times. Not to mention the awesome cowboy-on-bandit violence that’s never out of fashion.

While the Hunger Games is sitting happily atop its box office throne, content to just adapt the books, Ender’s Game changed its book’s story into a much more concise, effective and all-around better package, one that I’d be happy to see again and again, unlike its written counterpart. Not only that, but the soundtrack isn’t just good, it’s Tony the Tiger grrrreat. And Harrison Ford, lest we forget the reason everyone initially came to see the movie.

When’s the last time a decent zombie movie came to theaters? Oh, yeah, that’s right NEVER. And it’s got great actors AND writing, to boot! Because everyone goes to see zombie movies for the sake of great dialogue, I’m sure. But really, quality writing, dialogue and acting do add on to the fun of watching an ant-hill of zombies eat screaming refugees.

Just like last year, surprises abound for my number 1 pick. The Great Gatsby is a movie that turns the novel and its previous cinematic adaptations into the big band, big budget story I always imagined it as. Even though it runs for almost 3 entire hours, it never loses pace or style along the way; a feat only Baz Luhrmann could pull off. And just like Ender’s Game, a great soundtrack goes a long way.