Before we get started, everyone who doesn’t know this needs to: “generation” refers to a time period of gaming, not how many more gigaflops the PS4 has over the Wii U (so, on a side note, Wii U is next gen, goofballs). Anyway, that means a Wii title will be present in this list, and even a PC title. Why? Because it’s my list and I can do whatever the hell I want. So, enjoy my top 10 games of this past generation of gaming!

The epitome of board-based strategy-centric time management gaming would be an understatement. This was my first real, genuine addiction to a strategy game, and like any good addiction, the addict never forgets the first time.

This was the first game, in my humble opinion, to master the whole three player co-op experience. Not to mention it’s one of the best third person shooters available, and has a little franchise called the Transformers in it. Optimus Prime could slice open five decepticon spiders while Bumblebee was flanking the enemy tank with assists from Ratchet, all while your friend was shouting through a headset blasting “The Touch” in the background.

Most of this game is stolen from Arkham Asylum, but not only does it capitalize on its stolen elements, it perfects them and throws in some touches of its own. Featuring the best boss fights in third person action-adventure history, extremely fast-paced and fun traversal of an open world and the best stealth/open-combat gameplay around, The Amazing Spider-Man was a movie tie-in to best all other movie tie-ins.

This game, next to the original Super Mario Bros., is my all-time favorite Nintendo game ever. Featuring every awesome Nintendo character under the sun, not to mention Solid Snake and Sonic the Hedgehog, unbelievable amounts of content and insane bouts of nostalgia tickling fan service, this remains the best fighter I’ve ever played. 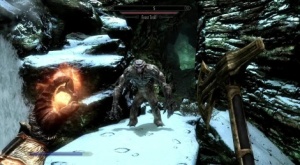 Middle-earth meets Grand Theft Auto, with an entire universe of lore behind it from previous games. Skyrim was its own universe, complete with frost trolls, sorcery, mystical dwarven ruins, legendary swords and best of all, dragons. Lots of dragons.

Quite possibly the best first person action adventure title to ever grace consoles, Dishonored housed some of the most creative level design, gameplay and art direction I’ve ever experienced. It’s remains one of the only two games I’ve played through the campaign of more than three times.

Creative puzzle solving? Check. Awesome co-op? Check. Great characters and dialogue? Check. Portal 2 was just a blend of a lot of very good things which fused together to make something even better. Pulling off a puzzle game this good isn’t just a challenge, it’s borderline impossible. 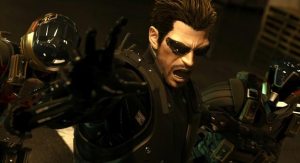 RoboCop meets Hitman sounds good on paper, and plays even better on my TV. Human Revolution took what was a cult classic and revitalized it into a living, breathing universe worthy of the current generation of gaming. Not to mention the TRON-esque art style created a level of atmospheric immersion that no other game in recent memory could even come close to pulling off.

This will probably win the award for most controversial pick of all-time, right next to the debate of who’s better in the first Hitler vs. Vader Epic Rap Battle of History. While half of this game is just barely satisfactory, the other half is so undeniably revolutionary for Sonic the Hedgehog that it definitely deserves a high ranking spot on this list. It remains one of my favorite games of all time.

Five playthroughs of this game later and I’m still having a rocket-boosting slow-mo-shotgunning ball with it. Gameplay this tight and addicting can only mean one thing: It’s made by Platinum Games. There’s a reason they’re one of my favorite developers of all time, and this game is that reason. Its six hour long single player only campaign has provided me with more fond memories than any other game this generation. It’s that good.