I feel like the end of the year lists should go from negative to positive, so it’s time to kick off with 2014’s biggest video game disappointments. I was pretty careful about what I bought this year, so there won’t be a worst-of-2014 list, but that doesn’t mean a few underwhelming games couldn’t slip through the cracks. 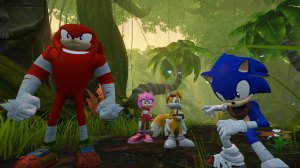 While it’s not a “bad” game, in the sense that there’s really not much wrong with it from a structural standpoint, the game just wasn’t fun or challenging. It was an underwhelming platformer that low-balled its audience, and kids (the game’s prime demographic) deserve a smarter experience than this. 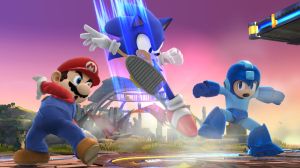 If you can’t breathe right now, feel free to leave the page. But Super Smash Bros. for Wii U was a bigger disappointment to me than Sonic Boom, only because my expectations for it were so much higher. But at the end of the day, the HORRIBLE online play (worst I’ve ever encountered in any online video game ever), the rampant copy-and-pasting from Super Smash Bros. Brawl and the use of clone characters to artificially boost the roster count (Marth and Lucina are identical, Dr. Mario and Mario are identical, Pit and Dark Pit are identical… need I go on?) means that in terms of fresh new content, this addition is relatively light and seriously lacking. I genuinely miss the Subspace Emissary, as well.

If Ubisoft went under tomorrow, I wouldn’t bat an eyelash. This company downright lied and deceived us with Watch_Dogs, as almost every grain of promotional material featured better graphics and more immersive gameplay than the stale and rote by-the-numbers open world game we got stuck with. If there’s ever been an instance where I wish a company had been sued over false advertising, it’d be Ubisoft for this appallingly sinister trick on the gaming community.

One thought on “Biggest Gaming Disappointments of 2014”