While everyone under the sun can find a reason to hate EA, I’ve personally always thought they were at least trying to be more consumer-friendly than Ubisoft. This year proves my point: at every turn of 2014, Ubisoft has found a way to screw over their loyal consumers by releasing deceptively advertised products to the far worse downright broken ones. 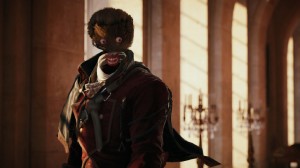 To kick off the blockbuster gaming year, in May Ubisoft released Watch_Dogs, on my birthday, no less. So, I go in with my brand new PC, all hyped up that I’ll be playing the prettiest and most immersive version of Watch_Dogs… I learned a lesson that day. The game looked like crap, ran like crap, the gameplay was extremely under-baked compared to what was advertised, and to top it off file diggers found REPRESSED E3 files containing visual enhancements that were deliberately ripped from the game for the sake of reducing PC-to-console parity. Un-fucking-believable.

After that, I decided that I would boycott Ubisoft’s big-budget triple A titles until they clearly got their shit together (Valiant Hearts was the only thing I’ve bought from them since, and that’s far from a major release), and it looks like I’ll keep waiting. Because as of 2014, both of their major holiday releases, Assassin’s Creed Unity and Far Cry 4, were utterly dominated by bugs, ranging from the humorous and benign to more serious issues of the game-breaking variety. Not to mention that Unity looked like nothing more than a visual improvement over past AC games. And Far Cry 4 would be a great game… if it didn’t look like a region-swapped Far Cry 3.

Maybe Ubisoft likes treating its consumers like abused spouses. But there’s a line, and any self-respecting consumer should know by now that they’ve long since crossed it and aren’t worthy of your $60 investments anymore.