Original article: This isn’t the Deadpool movie rating we deserve, but it’s the one we need. Or, at least, Fox thinks so. 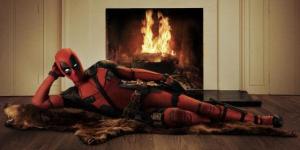 Ever since the leaked release of that glorious Deadpool movie demo-footage a few months back, fans have been clamoring for a full, feature-length adventure starring the certifiably insane antihero. Hell, fans of the crazy comic book character have been unabashedly hopeful that their dream would become a reality even before the leak, probably stemming from the glimpse of potential we all saw in Ryan Reynolds’ portrayal of the character in 2009’s X-Men Origins: Wolverine. While the movie itself did not do Deadpool justice, as could be told from fans’ uproar which we can still hear the echoes of in 2015, Reynolds brought enough of that fun energy to the role to still make an unfavorable situation watchable. So if he could swing that, imagine what he could do in a movie that’s sole purpose is to get the character right?

Well, it looks like the phrase “right” might need to go on hiatus a bit longer, as it looks like Fox has finally confirmed the 2016 action comedy will be sporting a PG-13 rating. For the hardcore Deadpool fans out there, this has been perceived as a betrayal of all that the character stands for. There is an argument against this, which will be covered a few sentences from now, but first let us acknowledge what sort of shenanigans will NOT be occurring due to this rating: 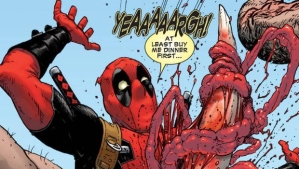 That. That will not be happening under PG-13 guidelines. That is an image ripped straight from Deadpool #2, published in January 2013, in case you were wondering. That’s the kind of over-the-top squirm-and-smirk humor comic fans have gotten accustomed to from the Merc with a Mouth. Is it beyond gory? For sure! But that’s what the purist-end of the fans want, and justifiably so as such excess is a trademark of the character. So, in short, PG-13 will negate any possible nudity, meaning Deadpool’s trademark admiration of the female form will likely be reduced to swimsuits if anything, and that gratuitous violence will not be present. Hopefully, we at least get something on par with the test footage’s head slice-off scene, which wasn’t all that bloody or gory but is just edgy enough to meet the character’s requirements.

And right there is the argument in favor of a PG-13 rating: it doesn’t need to be insanely morbid and excessive to be Deadpool, it just needs to be more morbid and excessive than other PG-13 movies to be Deadpool-enough to appease the masses! Fox obviously does not want to alienate its teenage audience which always has and always will carry the heavier end of the box-office stick; you can’t fault them for wanting to make a profitable movie. But if you couple that with the fact that the line between PG-13 and R has been blurring lately, with the former now allowing one to two uses of “fuck” per movie and more violence than ever before, and you might just see a silver lining here. Sure, it might not be the hard R you wanted, but it might very well push PG-13 borders farther than any other movie has yet!

Besides, if you’re still discontent with the rating, just remember the date this news came out on, April 1st. It’s probably true, but we can at least tell ourselves it’s just a corporate prank for a little bit longer.