In a world where Marvel and DC are both churning out shit, only the Fantastic 4 underdogs at Fox are left to satiate my superhero needs. And, against all odds, they did it. 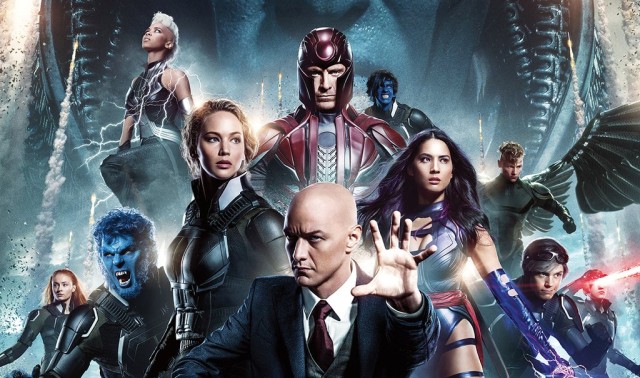 To keep it brief, X-Men Apocalypse does three things Marvel’s been utterly failing at over the past few years: it delivers a coherent plot with virtually zero gaping plot holes, it has a solid villain and most importantly, it has actual stakes. Let’s analyze each.

Plot coherency: I couldn’t spot a single plot hole. Between the friend I saw it with and myself, we were able to justify every single lingering question using the movie’s own logic, something shit flicks like Civil War and Batman V Superman sorely lack. More importantly than that, the plot is coherent. There was a natural flow from location to location at a pace that was wonderfully brisk but never jarring, unlike Civil War which randomly hopped its cast all over the globe without a single explanation.

The villain: everyone is raging that they didn’t get to see Oscar Isaac. This gripe that most people have solely depends on if you’re going into this movie to see an actor or a character. Given that I don’t give a fuck about who the actor is as long as he’s a good villain, I didn’t mind the blatant lack of Isaac’s personality in the performance. I went in with the expectation that I was going to see Papa Smurf fuck the planet up and he does exactly that, pushing the X-Men to their absolute limits and killing hundreds of millions of people in the process. If you wanted X-Men: Isaac, I understand your anger. But I just wanted to see X-Men: Apocalypse, and didn’t care which actor filled the titular character’s role. Apocalypse is the Ultron that Age of Ultron deserved (Apocalypse uses everything to his advantage unlike Ultron, a hyper-intelligent AI that just happens to overlook a million ways to instant victory). He’s less a villain than he is a Hitler figure, a rallying cry for all the anger swirling through a group of people who feel they’ve been wronged. In that sense, he’s easily the best comic book antagonist (technically protagonist, since he’s the one with a goal making the X-Men the antagonistic obstacles) we’ve gotten this year. With that said, they did waste quite a bit of money securing such an A-list actor for a role any scrub could’ve filled.

The stakes: In Marvel movies, everything wraps up tidily. Civil War? More like Civil Scuffle. Literally everyone is back to where they were at the start of the movie by the end. Same with Age of Ultron. And Thor’s movies. And Ant-Man. And—need I go on? Point is, nothing changes. Similarly, Batman V Superman has no consequences, erasing the refreshing precedent Man of Steel dared to set. X-Men, however, doesn’t pussy out like its other comic movie brethren. It carries over the brutal consequences of Days of Future Past, which result in the hatred of mutants throughout this movie and culminates in Magneto’s tragic story. Apocalypse escalates that tension to its logical conclusion in the most earth-shattering way (literally), leaving me nervous for how the sequel will successfully continue the overarching, movie-spanning consequence chain without pulling a Marvel and copping out.

Not to mention there aren’t any random characters thrown in for blatant fan service/money grabs *coughSpider-Mancough*. Every character in this movie, even Wolverine, is introduced in a way that feels organic and natural to the plot. The inclusions are smart and succinct, but never too short to feel shoehorned. And yes, this means we get another awesome Quicksilver scene. Two, actually. For everyone complaining about the Four Horsemen just “standing around”, they’re only ever assembled for three scenes, and yes, one of them is spent with the four standing while Apocalypse has a one-on-one conversation with a character. What did people want? Random, incoherent fights just for the sake of fighting? No. Just like any real posse, the leader calls the shots and everyone only goes to town when he says so.

On a final note, the fights are all fantastic. I mean it; every single fight in this movie trumps any throwdown plucked from Civil War or Batman V Superman with ease. Especially the Nightcrawler-Angel brawl at the end, which is definitely one of my favorite face-offs in superhero movie history. The film revels in its character’s powers and capitalizes on the action, rather than viewing the fights as an obligatory byproduct of the genre.

Overall, Marvel’s cookie-cutter bullshit and DC’s pathetic game of catch-up evidently haven’t encroached on the amazing skills of Brian Singer, a man who’s shown us on more than one occasion that he gets the X-Men and what makes a movie great. Basically, if you’re tired of the weak offerings from the enemy camps (and now boycotting them like myself), know that Fox still cares about giving you a good time at the theatre.

When I went to see this movie, all the 2D, 3D and IMAX showings were over, leaving only something mysterious called RPX. This stands for “Regal Premium Experience.” It’s fucking awful. Like, honestly, so bad. Never again. No matter how desperate I am to see a film, never in RPX.

Here’s the issue: it’s two regular 2D theatres stacked on top of each other, making it a budget, knock-off and shittier version of IMAX. The screen is twice as tall and there’s two rows of speakers on each side versus the usual single rows. The results are as follows: shit. While the bigger screen makes for a fun time if you’re not quite in the mood for IMAX but want something bigger than average, the sound system is AGONIZING. It’s a regular 2D theatre with the blaring volume of IMAX in a theatre not built for that kind of noise. As such, it’s deafeningly painful. And notice I didn’t say quality of IMAX sound, just volume. That’s because it still uses the regular 2D speakers, not the special shit used for IMAX. This means not only is the sound painfully loud, but it’s tinny and low-quality, like a budget pair of headphones turned up to 100 pressed right up against your ears. It’s hell.

To put it aptly, this is Regal’s sad attempt at challenging AMC’s new recliner-style theatre system. Whereas one theatre jacks up the price for way cooler seats, the other jacks it up to the same dollar value for marginally comfier than shit chairs and a sound system designed to kill you over the course of two hours. Bad.

The 3D in the movie is lackluster and not worth the price, as is the case with most post-converted 3D cash grabs. It’s shit and there’s not a single scene that makes real use of it.