Look, I get it, I know it’s that time of the month. This month, to be specific. But I’m not going to do it; I’ve got a real message to share with you all today.

All right, here’s the scoop:

END_OF_DOCUMENT_TOKEN_TO_BE_REPLACED

It’s not about the prettiness of the prose. It’s about painting a picture. Telling a story. Getting someone who only knows me through my words from point A to point B in a way that keeps them engaged. That’s what does it for me.

So that’s what I do. I write. I also edit, too, but I’m not quite as good at that one, so this post may (might? Who knows, I don’t have an editor!) contain some errors. Doubly so if I decide not to edit it at all. But as I scratch the stubble on my chin and suppress a yawn, I come to a conclusion: it doesn’t matter if I do. Because, the reality is, you’ve read this far. I’ve already gotten you to come along on a journey with me. That’s why I write.

Besides, what else am I going to do at five o’clock in the morning?

(For full disclosure, this post was written at 5:10 a.m. on a groggy Saturday morning. If you want more irrational nonsense, don’t forget to follow on Twitter.)

Unless you’re ahead of the curve! Then it’s all a joke. People need to stop taking the day-to-day of life so seriously. 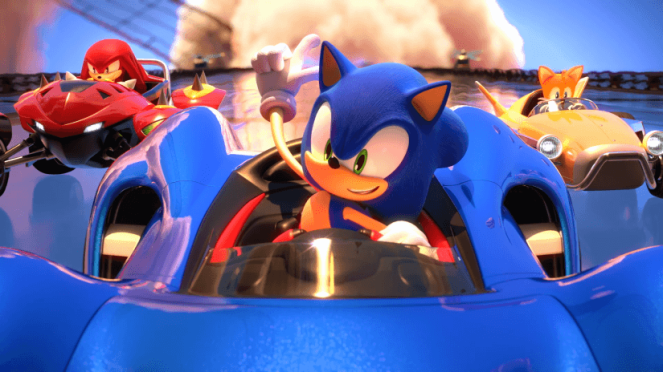 SEASIDE HILL (for the sixth f&^%ing time) — Aaron Webber has just confirmed on Twitter that we are not, in fact, in 2013, as Sega of America had previously claimed. It turns out, we’re in 2019! Two-zero-one-nine! Six years have passed! In that time, we’ve apparently received only a single main series title, and it ended up being a sloppy Generations sequel. What? What is this trash?

As Aaron Webber is now stating, it turns out the past six years weren’t just a bad fever dream: there was indeed a villain in the Sonic series named Infinite—a villain Sega is completely glossing over for TSR in order to cram in the fat cat who ruined Sonic Adventure 1 and the grumbly red guy from that one Wii game no one remembers. Wait, was it a Wii game, or a Wii U game? Wasn’t the Wii U just DLC for the Gamecube?

Anyway, none of that matters. What matters is the horses#!% going on with Team Sonic Racing. What is up with that roster? They included Vector, but not Espio or Charmy? That’s like including just one of the Three Musketeers in a Disney movie. Are they f&^%ing stupid?

Also, where is my boy Metal Sonic? No, not that Metal Sonic. And no, definitely not that one. Nor this one. No, I’m not talking about that one, either. This Metal Sonic. How could they forget a character so primed to satiate the game’s fan service quota?

And while we’re at it, what’s up with the game’s title? Team Sonic Racing? Not “Sonic Team Racing,” the perfect title pun for an imperfect developer that had minimal association with the game itself? Not “Sumo Digital Racing Feat. Sonic and Co.”? Not “A Sega Production by Sumo Digital with Sonic Team’s Ideas and Jun Senoue Playing Guitar”?

Sega, you’ve disappointed me for the last time. After writing you a blank check for the next three installments in the franchise, I’ll consider being done. Maybe.

There’s a reason the phrase “noble failure” exists, after all.